UBS, a bank with offices in Zurich and London, is demonstrating what the modern and future workplace may, or should look like. The look of today’s office, says UBS, should take a minimalist approach, freeing up expensive commercial space, as well as individuals to be able to roam office space more freely. In its London office, the Swiss banking giant has eliminated phones, laptops, and even desks. Having trouble picturing what this looks like? You’re not alone. But, UBS employees seem to be adjusting quite well to the radical change in their office layout and use of technology. This could be taken as evidence of UBS’ dedication to philanthropy happening in its own offices, or simply its interest in saving money on commercial real estate. Perhaps it’s both. 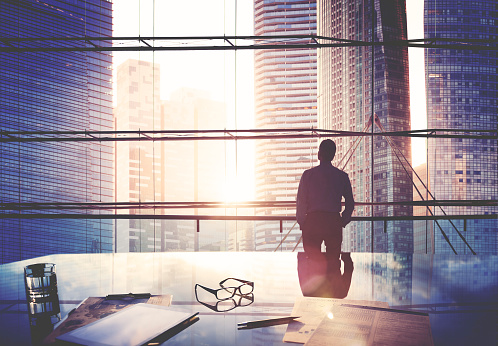 A Wiser Use of Space and Technology?

Many of UBS’ employees at 5 Broadgate in the City of London will no longer be tied to the same desk every day with a telephone and desktop computer. Instead, the company has deployed so-called thin desks throughout its building. Phone handsets have been replaced by personal headsets, and employees can log onto their virtual desktops on computers at any desk in the building — or at home. There are no laptops to carry around, and their phone numbers follow them from desk to desk or to their mobile devices.

“For me, it’s opening up and allowing people to work in different ways on whatever project, whatever activity they’re working on,” said Andrew Owen, managing director for UBS Group Corporate Services in London. “Being chained to a desk in a singular environment is restrictive.”

The trading floors at UBS in London are still configured with a more traditional layout, with groups of employees heading to the same set of desks each day to view three or six screens of trading data.

But that could change in the future. “The trading desk is our next port of call to achieve user mobility,” Ashley Davis, managing director for the UBS corporate center in London, said.

By having a mobile-oriented setup for its employees, UBS believes it is able to use its real estate more efficiently. The company is using a ratio of one available desk for every 1.2 employees who work in the new building in London.

Some additional facts regarding the modernization of the London UBS building include:

The Value of Well-Used Space

“I would be wrong to sit here and say there isn’t an economic efficiency dimension,” said Andrew Owen, managing director for UBS group corporate services in London. “In and of itself, that’s not the reason to do it. It would fail on that basis. It has to be of value to our staff and our structure in the way we operate. There has to be a value there.”

“Working together, talking to each other, working in a more agile way. People are probably not so fixed any more in their working environment,” said Harald Egger, UBS’s head of group corporate services and sourcing. “They work much more in projects [now].”

Are You in Need of a Tech-Space Evaluation?

If you feel your office could benefit from a better use of technology and space, BEC Technology Consultants can help you, as a leader in IT services, configuration, and architecture. Call us now at (504) 282-2236, or email us at customersupport@bectechconsultants.com for more information on how to get an in-depth consultation.