The world celebrates St. Patrick’s day by doing a variety of quirky things. In Chicago they die the river green—a tradition that started back in 1961, just five years after the city’s first St. Patty’s day parade. 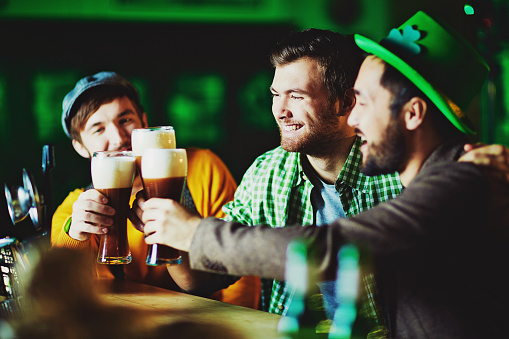 Across the world, inhabitants of New London dress up as leprechauns and change highway signs to read “New Dublin.” New London’s natural population sits at 7,000, but on St. Patty’s day it balloons to 30,000 people.

These are definitely quirky celebrations, but most just love to spend the day outside enjoying a few alcoholic beverages whilst sporting green top hats they bought at the dollar store. Overall it’s a great holiday, full of fun and festivity. Or is it?

The actual story of St. Patrick involves kidnapping and slavery—hardly a holiday to celebrate, right? Luckily it also involves kindness, compassion, and forgiveness, and ends much better than it begins.

The setting of the story begins in Britain, sometime around the fifth century. Patrick, or Pádraig, if you want to be true to the Irish pronunciation, was born into a Christian family, and despite his religious heritage, wasn’t an active believer.

At the age of sixteen, Patrick was kidnapped by Irish pirates and forced to be a slave for six years. During his time in captivity Patrick prayed—growing in his faith immensely.

One fateful night he had a dream, and heard a voice telling him that his ship was ready to go home. In a stroke of luck, divine intervention, or just good instincts, Patrick fled his captors, found a ship, and persuaded the captain to take him back home.

When he got home he miraculously found his family—remember, this is before the iPhone—and started studying to be a priest. He beat his own expectations and became a bishop instead, before suddenly acting on his urge to return to Ireland to teach Christianity.

Some say he converted the entire island to Christianity, even driving out all the snakes from the country. He raised numerous churches, and ended up helping the very nation that caused him to be separated from his family many years before.

He died on March 17th, hence the date we celebrate St. Patty’s day. So, whether you’re seeing green rivers, changing road signs, or just hanging outside with a beer, now you know the real story of St. Patrick’s Day.