Has the Smartwatch Finally Been Done Right?

For some, Apple’s smartwatch was a beautiful and unique piece of technology. 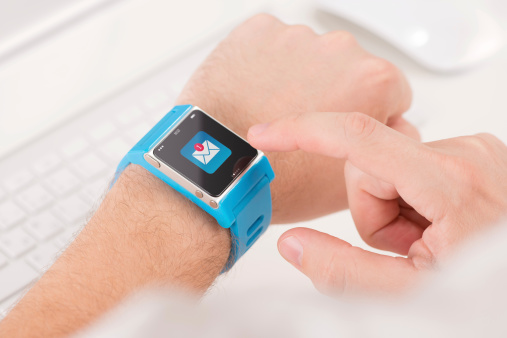 However, for many, it didn’t live up to the hype. In fact, after the release of their watch, interest in smartwatches as a category was reported to be declining. Supposedly, this is because people realized that smartwatches weren’t the next big thing, but instead, a nice accessory, and only for basic uses.

Samsung’s Gear S2, however, has sparked interest in many. There were a lot of issues (such as lack of interchangeable bands, and requirement of a smartphone) that came as a disappointment when Apple released it’s watch. Thankfully, Samsung seen this as well, and hasn’t made the same mistakes.

Here is a little sample of new features to expect with the Gear S2:

Making your purchase can be as easy as a wave of your wrist by an NFC reader.

However, because Tizen is designed specifically for the Gear S2’s aesthetics, it should be nice in that sense. So, although interest in smartwatches may be declining since people have realized the limitations -which don’t pair with the high price tag very well-, Samsung’s Gear S2 may do surprisingly well considering as beautiful as the Apple watch is, it looks more like a miniature iPhone concept than a timepiece.

Learn about the latest technologies created to simplify your life. Contact us at (504) 282-2236 or send us an email at customersupport@bectechconsultants.com for more information.