CEOs Living in the Dark About Security Issues 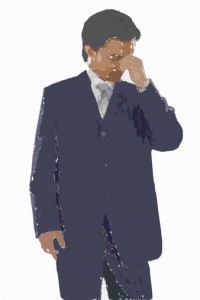 As many as one-third of all CEOs, as well as a staggering 43% of management teams, are seriously lacking knowledge about cyber security issues. Statistics show that 79% of all IT security professionals are reporting on compliance metrics to demonstrate the effectiveness of security programs while more than half feel that threat detection metrics is more important.

“The Gap Between Executive Awareness and Enterprise Security” was a survey of global IT security professionals. The survey indicated that 60 percent on the participants are under the impression that a breach could likely occur within their organization. Cyber-attacks are becoming increasingly impactful and aggressive, leaving CEOs and boards to be held accountable for the security of their organization.

Security professionals depend on executive-level leadership to be in control of security issues, however, CEOs commonly rely on their IT teams to educate them with security knowledge and information that counts. According to the survey, it appears that the awareness gap that has developed has been partially caused by a lack of education provided by security teams to CEOs, leaving upper-level management in the dark about what is business critical in regards to security.

Improving an organization’s overall security position can be done by taking the crucial steps to make positive changes to IT security fundamentals.

CyberArk, the company responsible for conducting the survey, understands the need for increased executive guidance, as well as improved dialogue in order to minimize cyber security risks, therefore, has introduced a brand new industry initiative, called the CISO View. The CISO View is intended to provide a forum for those in the CISO community to share a variety of information, especially tangible guidance for creating effective cybersecurity programs, as well as sharing best practices.

CyberArk released a new report, “The Balancing Act: The CISO View on Improving Privileged Access Controls”. This report features advice, derived from a panel of CISOs from 1000 global enterprises about leading a comprehensive privileged account security program that includes several recommendations, including:

The report is available for free to anyone interested here.

Discover more about securing against cybercrime. Contact BEC Technology Consultants at (504) 282-2236 or email us at (504) 282-2236. We provide managed IT services wherein we handle the security, performance, and overall management of your systems for a flat-rate monthly fee.